Strona główna » How to stop caring what others think?

How to stop caring what others think?

It’s about time that you break free of it once and for all. It will add more ease and confidence to your actions, regardless of what others might say. Whether it’s at work, at school, in a store, or during a conversation with your parents or a partner, find out how to stop caring what others think – so you become emotionally free and feel the way you want.

Let me tell you a story about a very ambitious boy. He’s name is Johnny. He’s 16 years old and has just entered the adult world. He dreams about who he will become in the future. He would like to become a scientist exploring various chemical phenomena. At school, however, he has been getting poor grades, but it doesn’t put him off. He starts to devour a book about chemistry he bought and it doesn’t make his parents happy at all. According to them, Johnny should study more to get better grades, because otherwise he won’t find a good job in the future. This starts to be the bone of contention between Johnny and his parents. During one of their arguments, Johnny hears from his mother that he is useless. A hopeless case.

Much to his detriment, Johnny believes it. If that’s what my mother says, it must be true, he thinks. Sad as that makes him feel, he puts down the chemistry book and buckles down to study history, which he isn’t very much into (and that’s why, chances are, he might actually fail it at the end of the term). What’s more, for all the years that follow, he tells himself that he is a failure. He doesn’t take up any challenges or participate in any school initiatives. He doesn’t see any future for himself. Until one day, in the 10th grade, when he hears from his friend one very important thing…

We will come back to Johnny later. but how to stop caring what others think? Now, I want to tell you how to become emotionally free and put an end to being someone’s puppet, in other words, to being easily manipulated by what other people say.

You probably have experienced being bad-mouthed by someone. Perhaps you heard that you are good for nothing, or suck in football, or have no sense of humor. Whatever it was, it could have somehow affected your life and how you felt about yourself later, at least for some time.

At that point, you were probably unaware of the fact that no opinion can affect you unless… you believe it. Whenever you felt negative emotions as a result of someone’s remark, you must have believed it, at least to some degree. Otherwise, no insult or criticism would have triggered such feelings in you. And the fact that you were willing to believe the things when someone bad-mouthed you shows your beliefs about yourself weren’t strong and confident enough. What’s more, it means that you gave more credence to their opinions than to your own and that you put the authority telling you what to believe in their hands rather than yours.

The fact you believe in someone else’s opinion about you is your problem and not the person who said it. You can make a scene shouting out loud, for instance, “you have offended me!” but you really just insult yourself reacting in such a way. This person, who judged you, probably said it only once, while you have repeated that negative message hundreds of times in your mind, putting yourself in an even worse emotional state. If you hear someone saying “you’ve got no manners” and believe it, you start to think this is true and let this thought into your consciousness. That’s the cause of your negative emotions and not the very fact that someone said it!

Answer for how to stop caring what others think is taking responsibility for your emotions because you are the one who can shape them. Every emotion springs from the thoughts coming to your head. The beliefs you have about yourself and the images of the future you create in your mind conduce to how you feel each day. Until you take the responsibility for this, you will still be a slave to the opinions of others. More importantly, you will believe in something that is a great illusion, namely that others can control and influence your emotions.

Why should you get angry or suffer emotionally when someone makes a remark about you that threatens your ego? Dwelling on such emotions will significantly lower your ability to respond wisely in such situations and might lead to taking actions that you will later regret. Only when staying cool and composed, you are able to act consciously and make smart decisions.

Only you are responsible for how you feel, because NOBODY can affect your emotions without your permission. If you claim that someone pissed you off, it’s only because you let it get to you. Understanding this is the first and most important step to emotional freedom.

What else can help you find the answer for how to stop caring what others think? I deliberately don’t mention the fact that 95% of what people say is not even their own opinion. It is far more likely that, if someone scolds or belittles you right in your face, they intentionally want to trigger your negative emotional reaction. If you allow it, you give them permission to manipulate you. Words are just tools of manipulation here. When it comes to negative opinions, they aren’t even in line with the true beliefs of the person expressing them but most likely are just the reflection of their emotional state. Look back and think about how many times you heard from your loved ones: “but it’s not what I meant”?

What an absurd idea! Believing things that even the person who said them didn’t consider true in the first place! Still, most people torture themselves by believing in false opinions that have been spoken only in order to provoke some reaction. The moment you become aware of it, you gain freedom. You start to understand how it works and finally are able to make conscious decisions about what you choose to believe and what not.

Helpful for you to stop caring what others think, is to remember that people’s words cannot hurt you unless you give them meaning. Before any emotional response, there is this moment of pause when you can decide how you will feel.

This way, if you ever feel hurt by what somebody says, it will be a very important experience that can help you discover your weak spot. It will also show you that you still let other people pull your strings.

Until now, you would consider people, who don’t think highly of you, your enemies. From now on, however, they become your best teachers as every time their words have a negative impact on you, you will learn a lot about yourself. You will find the aspects of self which you can work on. This way, next time you will be even stronger, and people’s negative opinion will no longer have such a huge effect on you.

What you are aiming at is reaching that place in your life, where no matter what someone says about you or about something or someone dear to you, you will be able to choose to feel just as great as before you heard it. This is what we call emotional freedom, which gives you the power to consciously decide how you want to think and act. Who knows, maybe you are emotionally free now, as you are almost done reading this article. Quite often, it takes only a small stimulus to take yet another big step on your personal development path.

And what has happened to Johnny, the boy from our story? Well, one day he heard from his friend one very important thing “you don’t have to believe in what your parents have told you!”. HIs friend also said that the words “you are good for nothing” are a complete nonsense and that Johnny could ruin his life believing it. And that turned out to be a very important moment in Johnny’s life, as this was when he stopped believing all that negative crap his parents or other people had ever told him. He started to believe only in things he wanted to believe and it completely changed his life. He still had one year till his matura exams, so he began to study chemistry that he was so passionate about. He got into a top university and became who he had always wanted to become. 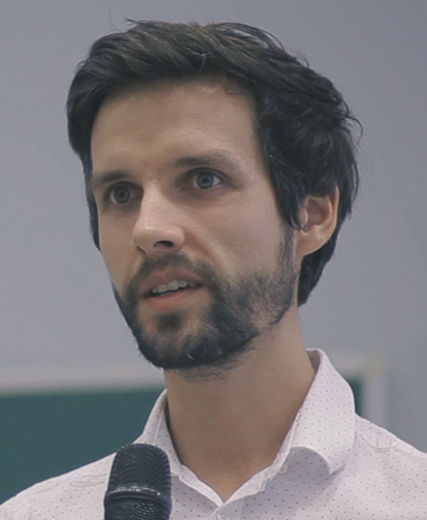