Strona główna » Does my partner care about me?

Does my partner care about me?

When I run individual sessions on human relations and relationships (especially the ones in crisis), there is a certain issue that gives people sleepless nights, namely the recurring question “does my partner care about me?” (In what follows, I will use the term “partner” in relation to both genders). Sometimes we analyze small gestures along this line of thought, and assign a great importance to random behaviours. There would be nothing strange to it – after all, our inner attitudes are revealed in everyday, ordinary situations – if not for certain repeated patterns that don’t lead us to anything good.

Such a dilemma very often comes up after a single situation when our partner’s behaviour gives us the impression that (s)he doesn’t care about us. Then we remind ourselves of similar situations that would confirm this conclusion. After dwelling on a series of negative emotions, we start to observe our partner and communicate our dissatisfaction to him, sometimes directly and sometimes not, through various forms of passive aggression. And then, straight away or after a rollercoaster of long arguments and periods of silence, the partner finally does something that allows us to say that (s)he does care about us, after all, and then we calm down. Until the same cycle repeats itself. 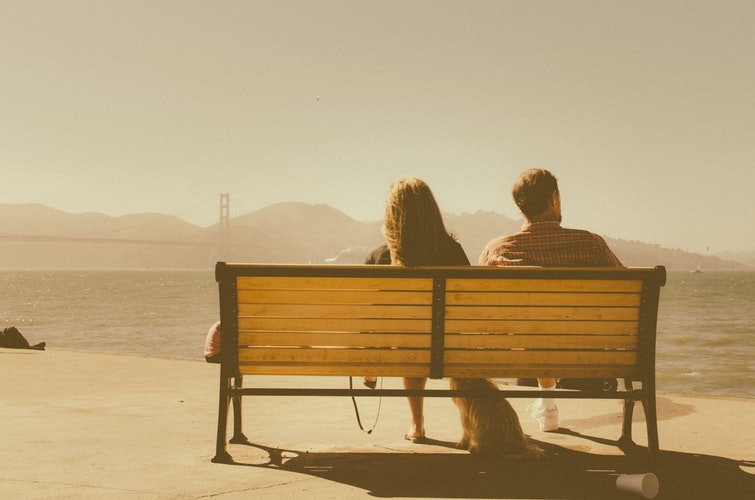 In my opinion, chewing the subject over like this is generally pointless and won’t do you any good. Of course, there are extreme situations. Say you have a partner with a narcissistic or antisocial disorder, it is probable that (s)he doesn’t really care about you, your feelings or your needs, and it will be evident in most situations (and then it is high time you did something about it – tell them to take up therapy or split up, or go to therapy yourself). What may also happen (probably less often) is the opposite scenario, in which every other situation gives you the impression that the partner does care about you. And then, you don’t see any problem.

However, in most relationships we will experience something that’s between these two extremes. On some occasions, our partner will take care of our needs, sometimes even put them first before their own, while on other occasions – (s)he will be totally the opposite. There may be several reasons for such differing behaviours. As you can see, answer for the – “Does my partner care about me?” – is not so simple.

Does my partner care about me?

One of the reasons, perhaps the most underrated one, is that each partner can express concern and commitment in a completely different way. For example, someone who was brought up in a family, where a child was told off on a regular basis, but at the same time provided with a certain level of obvious support (e.g. making them breakfasts or buying clothes), may take words for an extremely important and extraordinary way of expressing love, while minor gestures would be completely ignored by them, because they always went hand in hand with painful words. Meanwhile, someone else who has heard many empty promises may not pay attention at all to what is being said and treat the verbal sphere almost like an unreal one, and take into account only what actually happened. It is often the case that such people get into relationships and you can bet on that it will lead to conflicts quite often.

In fact, there can be more triggers like that – for some they will be key issues, for others far less significant ones. For some people, the fact that a partner buys them a gift during a business trip is a sign of love, but if (s)he doesn’t, it shows their major lack of commitment. However, others would consider that completely irrelevant. The same goes for sex life, family gatherings, helping with household chores, going out with friends, spending time with each other, sharing about each other, doing interesting things as a couple or even drinking alcohol together. All these situations can stir up a lot of misunderstanding and uncertainty in terms of whether “does my partner care about me or not”.

Apart from the different approach to communication, there is another reason, and a much simpler one.

Interpersonal relationships are much more complicated than the simple, boolean statement of whether someone cares or not. Your partner’s willingness to satisfy your need at a given time depends on many variables: does (s)he feel well, how busy (s)he is, how aware of your needs, what is the context of the situation and many others. Let’s say your partner hasn’t had enough sleep or is upset after talking to their boss, or has just watched a beautiful romantic film, or is late for work, or sees that you are sad, or can’t stand you bending their ear for the tenth time that day, or (s)he is among colleagues or around their family, or (s)he is pissed at you, or misses you.

We tend to forget that all these circumstances influence our partner’s behaviour in a different way. 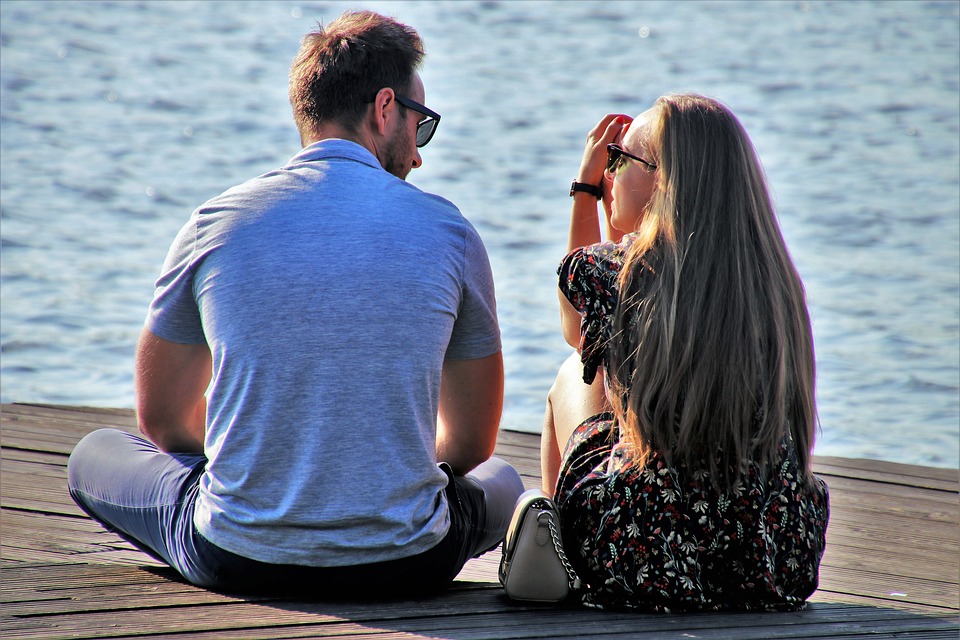 Even when the context seems clear and obvious, for example, basically all of us want to make more money but it doesn’t mean that we will not consider something else as more important than that at a particular point. Obviously, sometimes we will choose to take some rest, go on vacation, have a decent meal or meet with family as this will be more important for us.

According to some studies, one of the greatest illusions we fall for is that other people’s attitudes are fixed and can’t change depending on the circumstances. In situations discussed in this article, we can view our partner, regardless of what is currently going on, as a solid, settled, and not at all changeable person, who either cares for us or not, thus, should be willing (or not) to meet our needs at all times.

It counts for the so-called mythical thinking, which is the line of thought typical for children who perceive certain heroes as good and others as evil, or a life of a movie star as exciting, whereas one of an accountant as boring, or – in personal development circles – freelancing is viewed as liberating, whereas a 9-to-5 job as dreary slavery.

We are, however, much more complicated than that and the conclusion that someone really cares for us or not can be drawn from the observation of a whole range of actions.

The fact that a single situation can so easily lead to an utterly distressful conclusion is most often related to our relational patterns, wounds from childhood or our previous relationships being activated. Many bad experiences left a mark on our subconscious. Being triggered by minor incidents, they distort our view of the whole situation, projecting various things on our partner. This is why from the fact that the soup was too salty, one might conclude that their partner is not committed.

The fact that this emotional need can be later satisfied so easily that we simply let it go may indicate that our reaction is not based on reason, but just emotional quieting down the pattern. The real problem in submitting to emotions in this way lies in the fact that when we calm down, believing that ” (s)he does care, after all”, most often we won’t process this pattern, which will keep coming back like a boomerang on every occasion. As much as the pattern can be temporarily managed, it cannot be healed with one romantic “kiss and make up”. 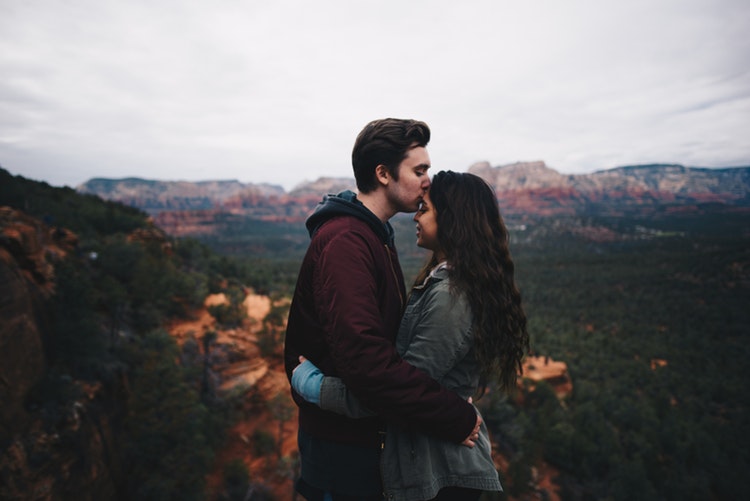 Most times, for the question “does my partner care about me” it’s good to assume that “sometimes (s)he cares about me, and sometimes (s)he cares more about something else”. It makes room for conversation, and opens up for acceptance of the fact that sometimes our partner will have other priorities, even though (s)he generally cares about us. Of course, you don’t have to fall in with it every time and, as I have already mentioned, it might be the case that your partner has some disorders and indeed doesn’t care about you. You may also realize that the overall hierarchy of your partner’s priorities doesn’t suit you. In such case, you can decide on what to do about it. In extreme cases, your partner can overstep all possible boundaries by their single behaviour, which might prove that there is no chance for a happy life together.

Don’t get me wrong, I don’t suggest ignoring your partner’s behaviour, on the grounds that we won’t get to know the truth about their commitment anyway. On the contrary, as there is no use looking for great answers on the basis of their every action, we can boil it down only to specific contexts and talk with the partner more easily about the specifics of their behaviour. What’s more, our partner will be less reluctant to listen to what we have to say, when we refrain from accusing them, that (s)he “does not care”, which usually sends people berserk.

Next, it is worth doing something about these specific situations, without generalizing or labelling them. Neither emotional guilt-tripping the partner that (s)he doesn’t care about us, when, in fact, (s)he does, nor putting our mind at ease, when we should really be worried, is going to solve the problem.

So, next time you feel that your partner doesn’t care about you, bear in mind that your relational wounds might have been activated and that is why you draw too many and too broad conclusions from a single situation. It is usually better to discuss the particular context and each other’s needs, and if the emotions are still too strong and you can’t calm down – work on this behavioural pattern with a specialist.